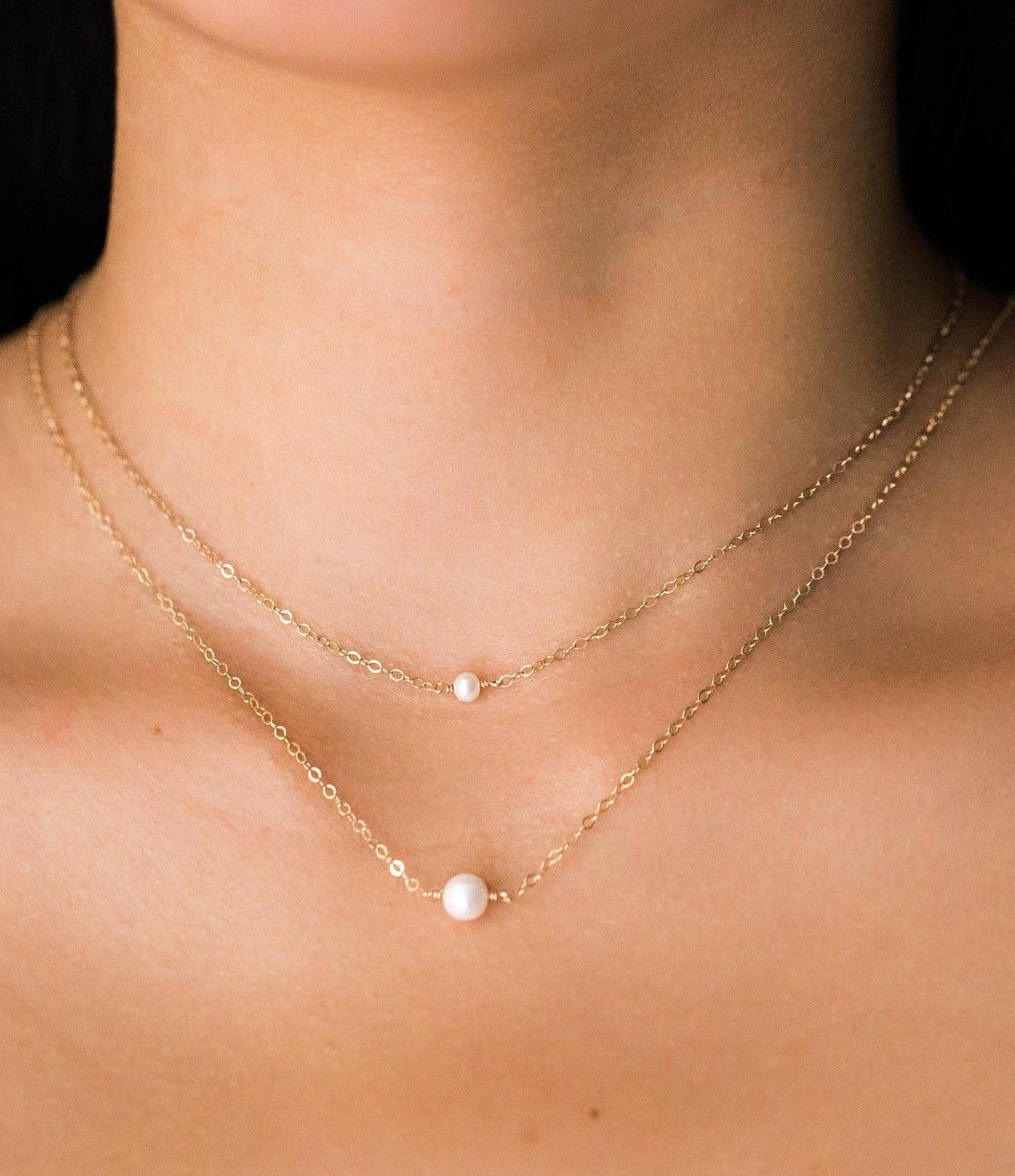 A Necklace to Find

This is not something that I have from my childhood, but mostly from when I graduated high school, I don’t really remember some of the things that I had when I was a child. Since I had a tendency of losing everything that was given to me, or it was stolen by some neighborhood kids, so this is the story of when I got my lucky necklace. Well that’s how I like to call it but here we go. A few days after I graduated from high school there were still some present that I had yet to open, some of my family member decided to give me present for doing good through my high school years. That day my mother said that we still had to go to the jewelry store and buy something for me since it was something that she promised and wanted to give me. On the jewelry store there were many pretty things that caught my eyes but I didn’t want any earing or ring or bracelet since they tend to bother me and to this day, I can keep a pair of earing together. So, there I was looking and looking through the bullet proof glass for something that I would feel comfortable with and not loose in an instant. That’s when my eyes caught a beautiful yet simple necklace, it was a silver and gold, not too flashy yet simple, so I went with it and bought both the necklace and the bracelet so they could look nice. There were many other models that sales person and my mother were trying to show me other necklaces, simpler but fashionable as well as delicate, but my mild was set on that one necklace. I kept looking around and saw other designs, from very thing to very bread chains, they were sure carefully assembled but none of them fitted with what I had in mind. I wanted something that I could use everyday and not feel like I had to take it off when I get home and that will not bother me when I sleep or do everyday activity. In the end I just brushed all of them away and just kept looking at the necklace. I pointed at it again and said that I needed one that looks like it, the sales person brough the same necklace and along with it the bracelet and the rest is history. However, that was beginning of the many things which that single day would represent, with that necklace many things happened in the presence of the necklace and in a way has serves as a charm that I always have there just as another presence that I have with me. Many events that I passed through and that I enjoyed, as well some difficult decisions. There are times that I take the necklace off and I feel like there is something that’s bothering me, since I have gotten used to always wearing it. In a way it just represents a part of myself and the best things that I don’t even feel it when it around my neck. Someday when I don’t wear it, I feel self-conscious, because there are times where I play with it. 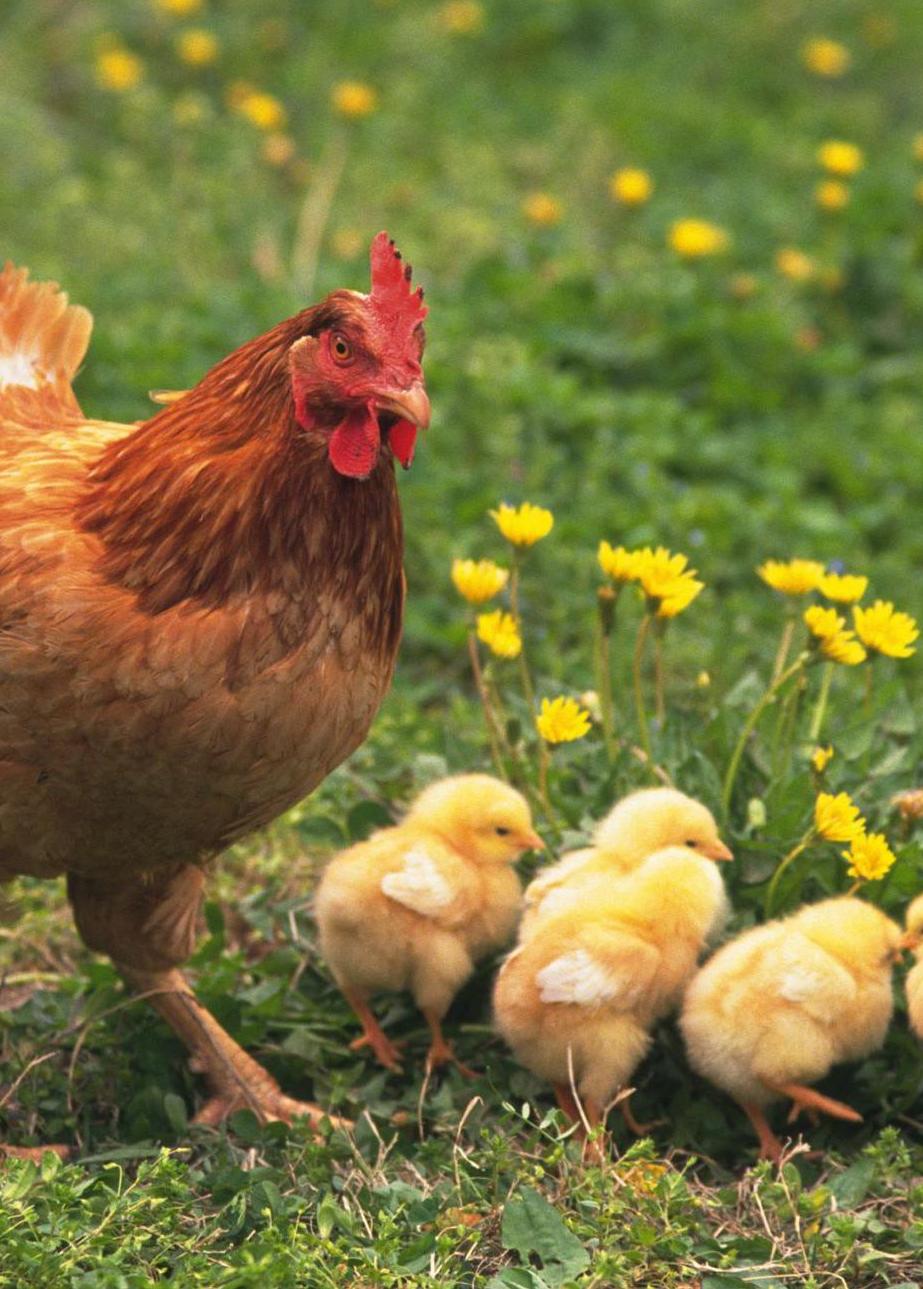 An encounter with an Angry Mama

When I was a young girl, I used to visit my grandparents in the Dominican Republic all the time. Over there my grandfather used to attend his land all the time and had many animals, such as chickens, turkeys, guineafowl, cow, horses and of course the stereotypical house pets. I also used to love that he had a variety of trees and would take care of them, these such trees ranged Back then I used to be a very curious and let’s be honest, hyperactive girl who as soon as she set her bags down she would just run all over the place and see many different things, especially trying to grab some of the animals that came my way. For me the ones that I usually chase were the chickens and its chicks, I sued to grabs small chicks with me all the time and used them as if they were my pets. My aunts and uncles would usually say that there would be a day where I would see the consequences of taking those chicks from their mom. I mean, of course I used to give them back after a while and they would just go back to tehri moms. One day though I think I messed with the wrong chicken, one day when I was eight years old, I saw a small baby chick alone and grabbed it since it was cold and ha just finished raining, however what came next, I didn’t not expect it. The chick started to cry and from the other side of the backyard I see a full fledge, wings spread out running towards me and the chick, with all that the chicken jumped on me. I swear I had never dropped something so fast that I thought that the poor baby was going to get hurt. Of course, I was also attacked by an angry mama chicken and ended up with a few scratches from the attack. I mean, I didn’t learn my lesson and even to this day I still love petting animals, I guess old habits die hard. 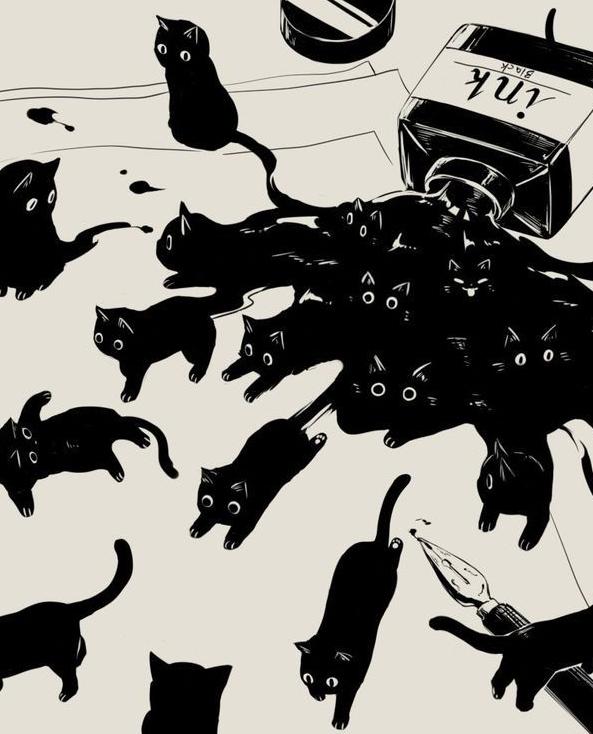 There are many days when you could say that I’m just reckless and a bit of a mess, scratch that, I’m just clumsy, the fact that I tend to forget things very easily also makes it hard for me sometimes. I remember when I was still a freshman in college and had draw something in ink, it was a very interesting because I could use a medium that I tend to use all the time and just enjoy myself while making an illustration. Of course, something always must go wrong, because I just had to have a cup of tea near me when I’m drawing, or some sort of drink next to me, this is obviously a bad habit. So, I’m here halfway done through my illustration and decide to take a sip of my passion hibiscus ice tea to then realized that I had just taken a sip of my dirty ink water. Let me teel you that this has happened to me before when I paint, though there was that time that it was just clean water. Of course, I would just happen to get angry and get up in a haste to go and spit out of the water which just turned the situation to the worst, as I came back I realized that I had tipped over the little container that I had the ink in and it had dripped form my desk to the wood floor. So here I am with a ruined illustration, a whole mess on my desks, pens and what’s worst of all on the hardwood floor. This honestly gave me a headache and a whole afternoon that I passed cleaning my art supplies and floor which did not want to be cleaned. It has been a couple of years now I make sure not to have a drink right next to me so I don’t make the same mistake. 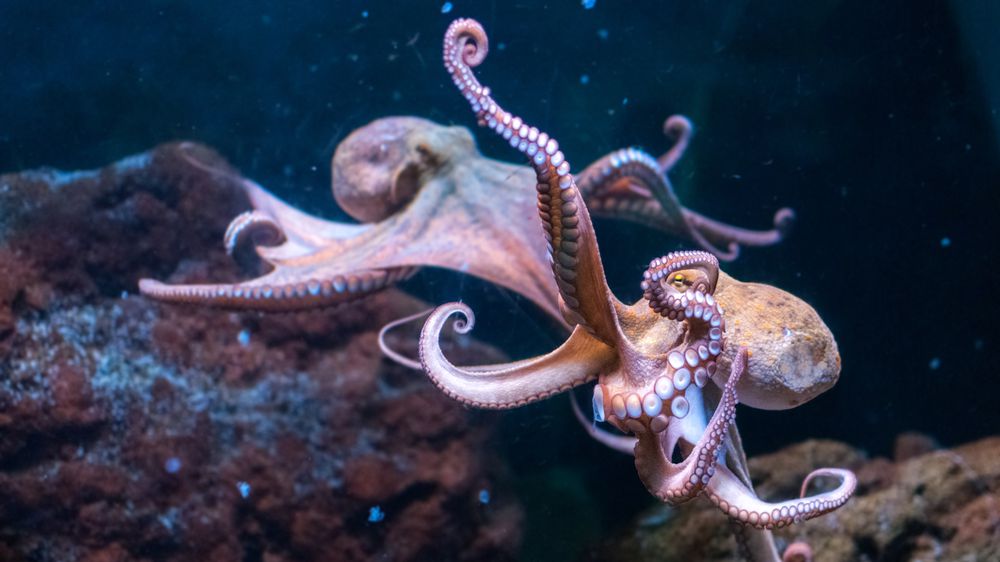 Octopus and the Two sisters

In the remote coastal town of a land where magic was prohibited lives a young witch who has yet to awaken her powers. She lives with her sister who has already become a full fledge hunter and is often away from home, which gives the girl all the liberty to do whatever she wants. Although she has lived a normal in the eyes of the people around it, many would also consider her a weirdo. She tends to take tasks that no on would take on such as going out to the sea by herself and fighting hands on with sea creatures, and today was not less. After sailing to the sea, she managed to catch a giant octopus and brought it home to make home remedies and sell them in the market. However, it seems that this octopus and other ideas and has been giving a bit of a fight, this however is part of the hustle and she would just continue to cook it as she did with the last one that she brought home. Although the kitchen is very modern and clean, the girl tends to plant herbs and wild plants that she finds while walking, as well some of the weird medicinal plants her sister brings form other towns. On things that she always keeps in mind is to knock on the fridge 3 times before opening it, so the spells on the door stay in place.